French mathematician Matheron (see [6]) defines the notion of a covariogram, an important function describing the volume of the intersection of body D with its translates, and formulated a hypothesis that there is a bijection between covariogram and bounded convex bodies. Moreover, he establishes a connection between covariogram and orientation dependent chord length distribution function, which allows to formulate Matheron’s hypothesis by the following way: Is there a bijection between orientation dependent chord length distribution functions and bounded convex bodies? In the plane, a positive answer to the Matheron’s hypothesis in the class of convex polygons received Nagel (see [7]). Matheron’s hypothesis received a positive solution in the case of planar convex bounded domains (see [8]-[10]). Note that in [7]-[10] the authors prove the existence and uniqueness of body D, but do not construct the corresponding unique D.

It is important the work of Yerevan group of mathematicians, that gives explicit expressions for covariogram and orientation dependent chord length distribution function for a wide class of convex bodies as in the plane as in 3-dimensional space (see [11]-[19]). A practical application in crystallography of these results can be found in [20].

The first scientific goal of the research is to find subclasses of convex bodies, where it is possible to reconstruct a body from the values of orientation dependent chord length distribution function or covariogram for a finite set of directions.

I did my research in Friedrich Schiller University of Jena from October 2015 to February 2016. During this period I have participated in the seminar of PD Dr. Werner Nagel, who is a specialist of stochastic geometry, stereology and geometric statistics at Friedrich Schiller University of Jena, and have discussed with him scientific goals of the project as well as the concepts of random and homogeneous STIT tessellations. Some ideas of shape metrics were reviewed as well.

During the research period I took courses of Commutative algebra, Bioinformatics and German language as well as participated in the seminar Systems Biology of Immunology. 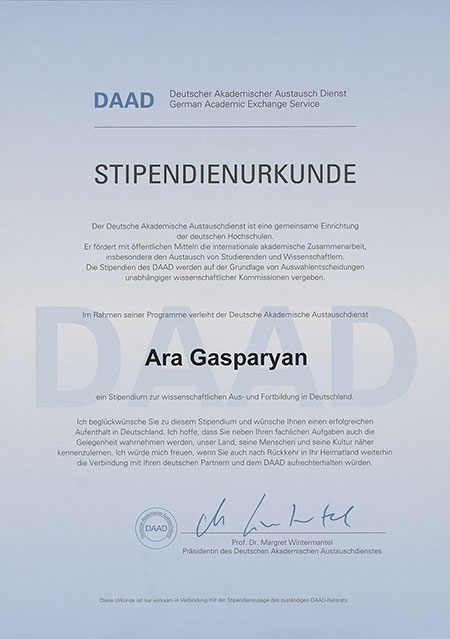 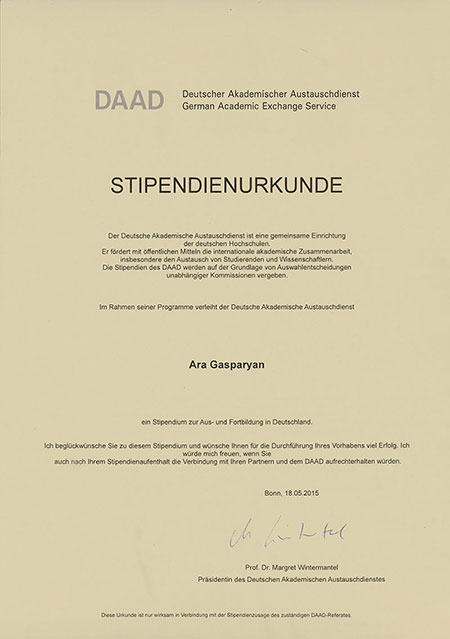